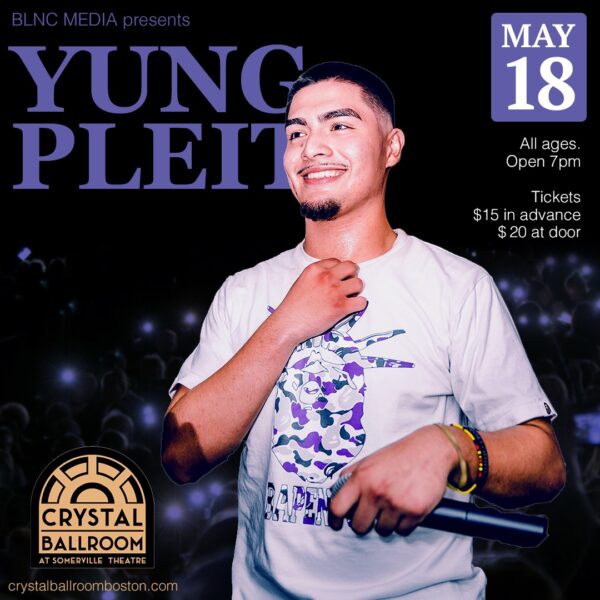 “Yung Pleit” also known as Elmer Pleitez is an artist from Somerville, MA. Although he has been in love with music for his whole life, Yung Pleit began producing and recording his own music on Garage Band when he was 16. He raps in Spanish alongside Somerville rapper Chinito over a Dembow style beat on his first track “Vamo Pa la Guerra”. The song was originally made as a bet, but gained attention locally which gave Pleit the confidence to keep making music. He makes his own beats and weaves between Spanish and English flows over them. Although he started with Spanish Trap, he has the ability sing softly over his more melodic instrumentals. Yung Pleit is a young talent with big dreams.