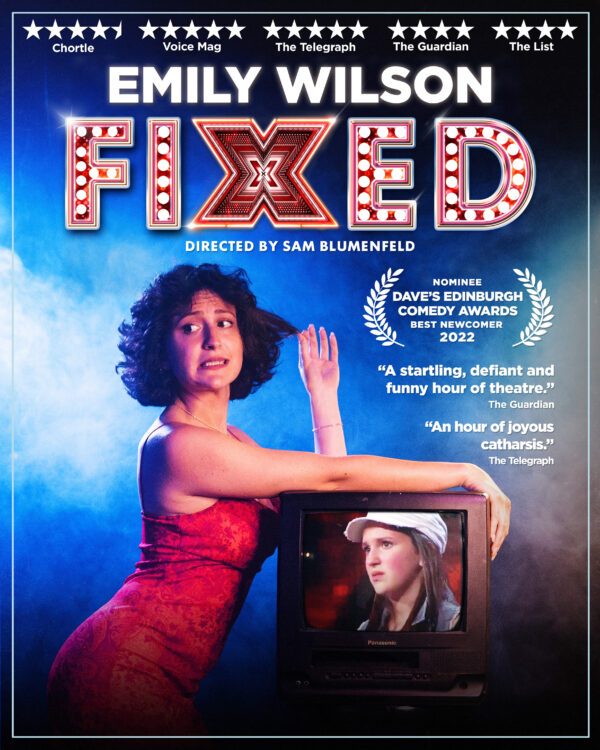 Emily Wilson is a comedian, actress and writer based in New York City. Her work ranges from stand-up to character videos to original comedy songs. Her one woman show, FIXED, is a multimedia musical comedy hour about her time as a finalist on The X Factor when she was 15 years old, which is actually an excellent age to experience the throes of reality TV first-hand. She wrote the show with her friend and collaborator Sam Blumenfeld. They just finished a full run at the 2022 Edinburgh Fringe Festival, where Wilson was nominated for Best Newcomer.