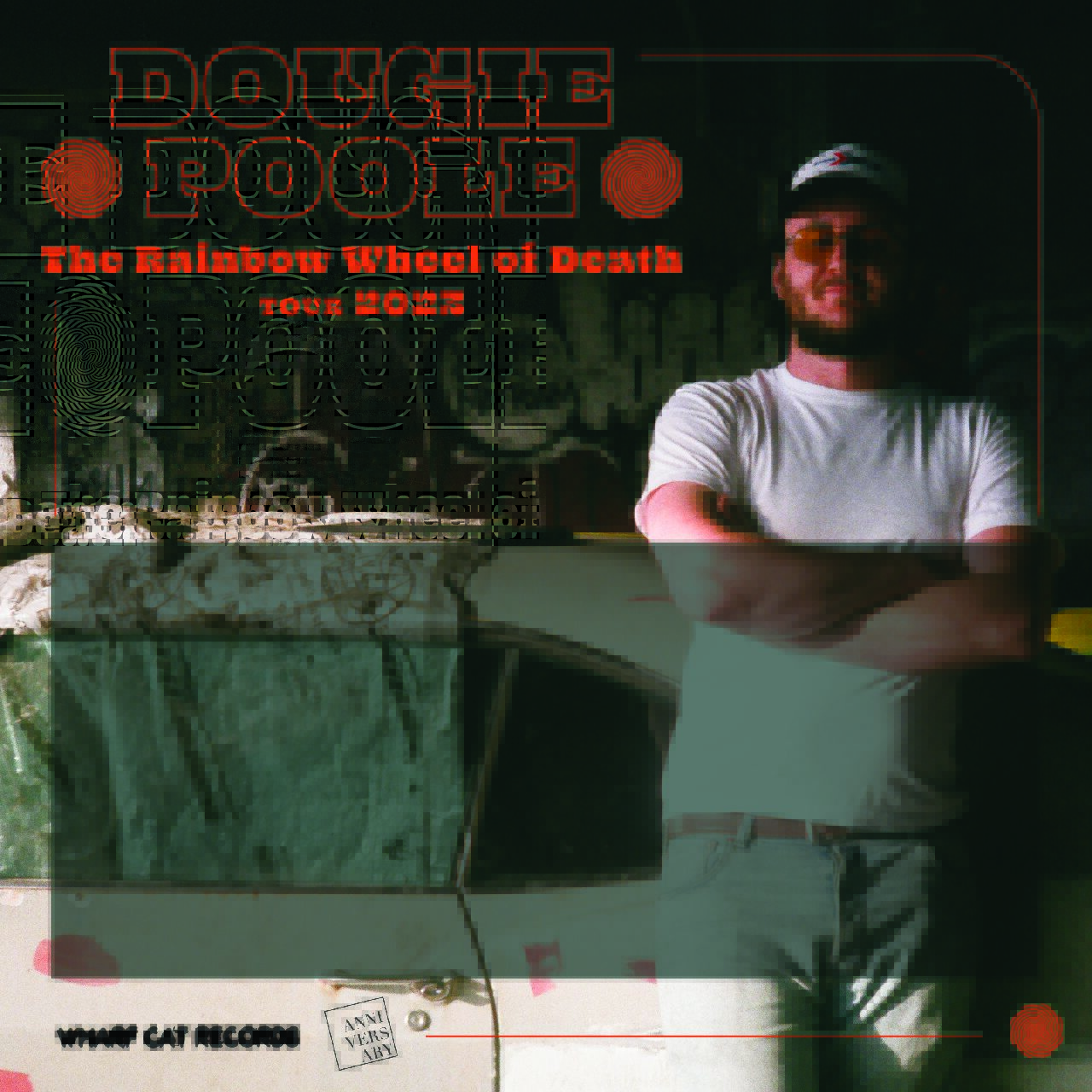 A country songwriter from Brooklyn’s indie underground, Dougie Poole blurs the lines between genre and generation on his third solo album, The Rainbow Wheel of Death. Once hailed as the “patron saint of millennial malaise” for his sardonic wit and topical, tongue-in-cheek songwriting, Poole broadens his reach here. He fine-tunes his genre-bending approach to country music, too, with The Rainbow Wheel of Death reaching far beyond the genre’s boundaries for new sounds and unexpected textures. With his new album, Dougie Poole breathes new life into country music, retaining the acclaimed elements of his previous work — drum machines, acoustic guitars, synthesizers, and his deep-set voice — while pushing toward something warm, organic, and prismatic.