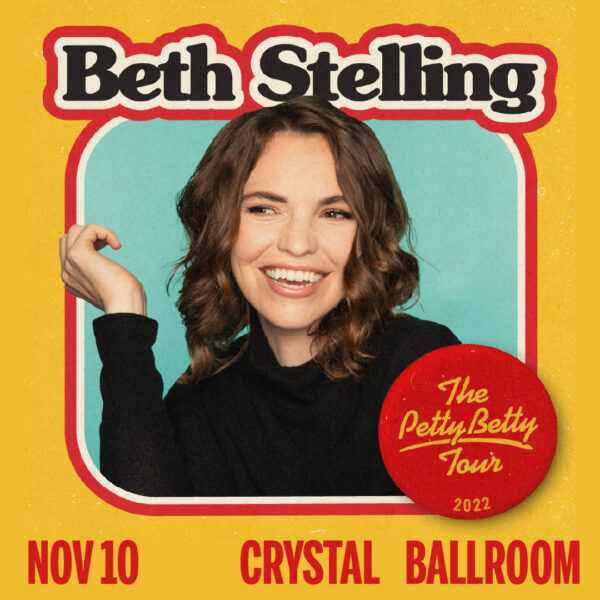 BETH STELLING is a comedian, writer and actress based in Los Angeles. Her one hour stand-up special produced by Conan O’Brien is currently streaming on HBO Max. Beth was most recently an ESE on TBS’ THE LAST OG. Before that, she was an on-set writer on the Universal hit, GOOD BOYS, produced by Seth Rogen and Evan Goldberg. She also wrote on seasons 1 and 2 of CRASHING for HBO (and was the on-set punch-up writer for both seasons), Seth Rogen’s HILARITY FOR CHARITY, and Sarah Silverman’s Hulu show I LOVE YOU, AMERICA. Beth’s half hour special currently streams in THE STANDUPS series for Netflix.

Tickets on sale Friday, May 6th at 10am.