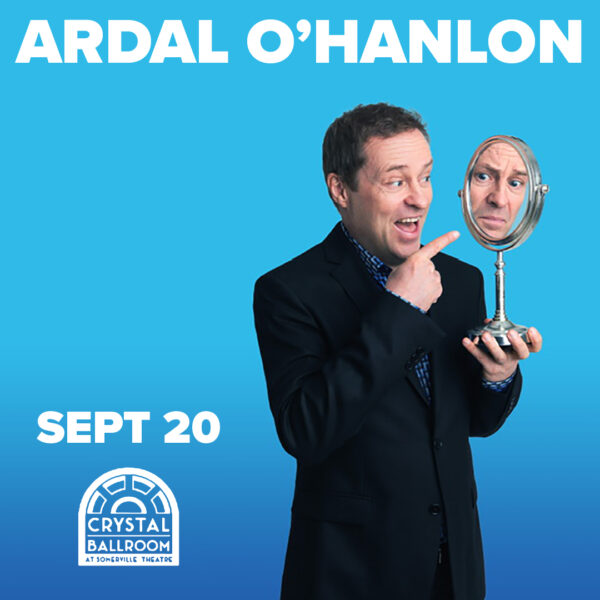 Ardal O’Hanlon is widely regarded as one of the godfathers of contemporary Irish comedy. In 1990, he was one of the founding members of the ground-breaking comedy club the Comedy Cellar in Dublin. Moving to London in 1994, he immediately won two newcomer awards, the Hackney Empire New Act of the Year and the Spitting Image New Act of the Year. He also landed a starring role in one of the most iconic sitcoms in British television history, Fr Ted. For this role (Fr Dougal) Ardal won the British Comedy Award Top Television Newcomer and was nominated for numerous Bafta awards and British Comedy Awards. Since then he has continued touring his unique life-enhancing brand of surrealism and punchy observational comedy around the world. He has performed at the most important comedy festivals including the Just for Laughs Festival at Montreal (twice), the Melbourne Festival in Australia (twice) and the Edinburgh Festival (seven times).

Ardal O’Hanlon was the first Irish comedian to be asked to do a half hour special on the American channel Comedy Central. Along with Tommy Tiernan and Dylan Moran, Ardal was part of a best of Irish tour of the US in 2015. He also presented the Stand-up Show on BBC for two seasons and has both hosted and headlined the BBC show Live at the Apollo. He has guested on the Graham Norton show (BBC), the Michael McIntyre Show (BBC) and had his own Dave’s One Night stand (Dave). As well being an influential and innovative stand-up comedian and household name in the UK and Ireland he has played the leading role in the hit sitcom My Hero (BBC) and the detective drama Death in Paradise (BBC).